Hello again after a few weeks absence! I’ve been tuning in with some of you in the interim and we all seem to be trucking along as best we can, while striving to stay safe in these turbulent times. I’ve put together another random harvest here to sum up the last few weeks for me, so you can see what I’ve been up to.

I made it back from visiting my mother and sister in England, just over the border from me, unscathed. All of a sudden I was entering my sister’s house, which became my social bubble for three to four days, after having not set foot over anyone else’s doorstep for months –  it was a weird and slightly scary feeling. And of course, there were no hugs to be shared. We got quite a few jobs done at my mother’s house and had some interesting talks on how our different lives have been affected by the virus in both positive and negative ways. My sister has been relishing working from home, saving money on petrol, having more time to get plenty of walking and cycling done through not consuming so much time commuting to and from work. My mother has been enjoying her jigsaw puzzles and the lessening of external life stresses that the lockdown has brought with it for her. It’s also been a time of deep thinking and life reflection, realisations for some over what isn’t working anymore and the resolution to change this.

With regard to taking advantage of the opening up of cafes, we modestly celebrated my mother’s 82nd birthday by having lunch in a nearby tearooms which had just reopened. So this was our first experience of sanitising at the door, the track and trace record taking, the staff wearing visors, no menus to touch, order at the counter, and we took our own plates off the trays and put them back on again when we were finished. It was okay, but it was scientifically robotic by necessity with no spontaneity possible. It was also ironically symbolic because we’d had lunch together in this same café just before lockdown. The staff in restaurants and coffee shops are working so hard to make the experience feel safe, and I do really feel for them having to do so much wiping and sanitising over and over. The repetition of this behaviour, I do fear, may imbed a cumulative mentally unhealthy aversion to invisible dirt and germs in the longer term, just in the act of constant cleaning itself, which is a worry. How simple and free it feels to get home to one’s safe zone after doing the shopping or having met up with someone socially in a Covid-controlled environment.

My own Covid learning curve has been modest but still significant. I have been weaned off my coffee shop routine to a great extent, and I’ve lost total interest in browsing for bargains, whether it’s a vintage glass vase or a half price tunic dress. You’ve got more than enough ‘stuff’ I say to myself, and you can wear what you’ve already got. The blind man I guide has been getting regular socially distanced walks with verbal instructions from me and another guide (as opposed to body contact guiding in the usual manner) , and if me and my colleague hadn’t piped up and reported that this person was getting seriously depressed because he was totally flat-bound, and if a few separate organisations and a GP hadn’t talked to each other to come up with a workable compromise, this gentleman would have had a very bad time indeed with no walks at all. It was nice to know that this collaboration was possible when so much red tape can choke the life out of what is so obvious to do to help someone feel better. And another thing I have realised more fundamentally than previously, is that although this new way of being is moulding our very behaviours in an Orwellian 1984 fashion, it is also generating  new habits, new priorities and considerations, to give us the chance to really tune into what makes us switched on and feel fulfilled. We can’t solve the problems of the world, we can’t fix social injustices by ourselves, but we can be responsible for our own attitudes and beliefs, our own actions and values, and we can live by them right now. We can also tune into who we are as individuals, what we really want from life in how we express ourselves, and that of course includes our creative lives, and we can do all this now, without waiting for some hazy moment in the future when the virus has gone away.

And so on to the rest of the harvest:

1. I’ve finally got stuck into the background of my poppy painting, with more ideas brewing for what I’m going to tackle next. The reason why it’s been languishing untouched is because I’ve been working on a new website for my art. I’ve been learning about themes, templates, galleries, light boxes, plug-ins of all types, block editors and sharing and social media buttons. It’s coming along nicely, but I still have to price all the originals available, and this is a very difficult task indeed! 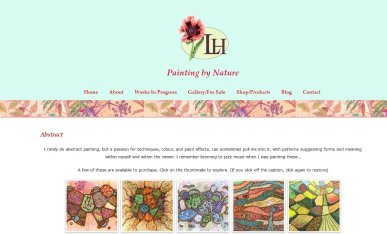 2. The response to my second novel, After Black, has been sluggish, perhaps because reading slowed down in the first few months of its publication as its timing coincided with Covid 19 and lockdown, where people had so much to comes to terms with and reading novels really wasn’t on the agenda. But the responses I have had have been fabulous and I’m very grateful for this. I have found sales very disappointing, but I’ve worked through these feelings, and I’m happy to have this second novel out there as part of my writer’s journey. Here is a shorter review I received on Amazon which means a great deal to me:

I thoroughly enjoyed this book from start to finish and kept me in suspense right till the end. This was due to the story line having a twisted plot and being full of surprises right through the book. The description of the main characters was so vivid and detailed that I could imagine I would recognise the people if they were real. The author provided me with a snap shot of what the main character had to endure working in a luxury department store for endless hours, facing domestic violence and being weighed down by many secrets, of which she was so ashamed of. Can’t wait for the next book.

3. I’ve been carrying on with my current WIP novel, entitled Hardcastle. Hardcastle is a fictional English town in which various midlife characters are struggling to change their lives, creating mayhem and magic along the way. The main character, Jim, is struggling with a serious midlife crisis and is afflicted by anxiety and depression, while his rocky marriage to status-conscious Patsy, who loves dinner parties and constant home improvements, teeters on the brink. Jim is forced to visit his local GP, Roger, who is facing retirement without a clue how he wants to spend his time after the surgery. Roger is also haunted by an old friend who has disappeared without trace to lead a new life, leaving his wife and children behind. What possessed him and where is he now? And finally there is Monica, brought up by Bohemian parents, and now a newly qualified counsellor, who thinks she’s as personally developed as she can possibly get and is determined to help others, but who has a troublesome ex husband, who made sure they had no children together, and she’s never properly fallen in love. Other Hardcastle residents help or hinder, and I’m using an air balloon as a symbol in the novel; make what you will of that!

4. I’ve been working away on my crochet, and the afghan throw is ready for its border. I’ve so enjoyed the colours in this and the border edging will be picking one or two of the shades out  to finish it off. I think one of them has to be purple!

5. Nature, as always, sustains. I’ve recently being contemplating the difference between town gardens and country gardens. Town gardens can look so tidy, so nourished and healthy, while country gardens like mine can look a bit haphazard, a bit dilapidated, with bird droppings on flight paths, and thistles and grasses, seeding from nearby fields, always threatening to take over. It’s an ongoing battle. But there are some compensations –  fat raindrops glistening like crystal cabochons on fat sedum leaves, and sprinkled drops in an adjacent barley field shimmering in the low light of the sun – one of my absolute favourite things, but hard to capture with a camera!

6. Finally, I’ve discovered contemporary Country music, and for some reason which I just can’t fathom, the sounds, rhythms, Nashville twangs and lilts seem to conjure an easy feeling of the simplicities of life, despite the virus, as one drives along listening and joining in by singing the choruses.

I’m going to share this one, which has been written specifically about these Covid times by Luke Combs, to remind us that one day we won’t have to be six feet apart! I hope you enjoy it and do let me know how you are doing.